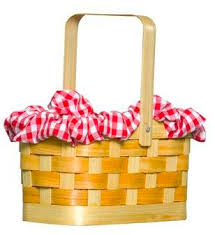 Here is your hamper…

…have a lovely time

Sometimes, you’ve just got to let it all out. But, so a long-standing motto of mine goes: Make Your Pain Entertaining.

It’s not been a great day, so when the prompt of a Ballad came through, I wrote the following ‘picnic ballad’. Don’t worry, it won’t be anything as chintzy as you first imagine.

The idea came from working with a student today, on Tennyson’s ‘The Charge of the Light Brigade‘, which features the lines ‘All in the valley of Death/ Rode the six hundred’.

And the student asked, ‘Why have I written there’s no hope of them coming back as a note underneath it?’

To which I responded, ‘Well, if I said I was going for a picnic in the Forest of Despair, would you think it was going to be a nice picnic?’

And so when I got in, I wrote this, about that very forest. It just sort of…popped out.

Probably best to read it either if you’ve had a really good day, or a really bad one.

or, As I Wrote This My Pencil Snapped and As I Typed It Up My Computer Shut Down

We’re going for a picnic in

Say we should turn around;

But we have flesh and knives and plates

And Gingham for the ground.

Among the leaves, the birds do sing

Ballads of woe and fear;

But we shall thwart their whispering

With bread stuffed in our ears.

The squirrels bury in the ground

All hopes of picnics past

And six feet down, they can’t be found –

The tree-rats dig too fast.

Up in the balmy, cloudless sky

His black baseball-cap upon high

Which reads: “I OWN YOUR DOOMS”.

We’ll leave there with our bellies full

Of Emptiness and Pain

And – gored by the resident bull –

Around these tangled roots of lines

Its gobby trumpets blare and whine

That life can be a chit*.

YOU CAN NO LONGER BREATHE:]

So join us for a picnic in

*Be careful not to misread this rhyme as something rude: a ‘chit’ is, in fact, ‘a signed note for money owed for food, drink, etc.’ or ‘any receipt, voucher, or similar document, especially of an informal nature’. Thus, life is merely a receipt or short note – perhaps just a poem, like this one. Cheerful, eh?

(ADDENDUM: if you enjoyed this one, then why not try my other NaPoWriMo musical efforts: A Sea Shanty for Failed Urban Development and The Pies of Awareness – which feels like a sister piece to this one. Sometimes I write happily; sometimes I write grumpily; usually I write with energy. Such is life!)