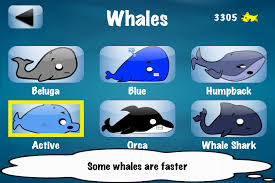 A Whale App? But not one like the one in my poem-story, I hope.

It appears I’m once again interested in all things animal (as opposed to all things Cosmic) right now – so, from Tyrransauridae last week, to Cetacea this.

Last week, I read a story about the Boston Port Authorities encouraging ships’ captains to use an iPad app which locates the likely positions of whales off the coast and then enables them to chart a slightly different course – thus avoiding the whales. It sounds like a very successful and important initiative -and a great use of the technology. We’ve been making the seas increasingly-noisy for our Baleen cousins which – so research suggests – is making life very hard for them down there. Not only that, but sometimes ships (as per the horrible image on the news story above) even strike whales – causing them injuries and possibly death.

In fact, it’s not my first piece of writing about whales – there’s another piece I wrote, called Whale Fall, which you can read by clicking here on the site for Heads and Tales (a storytelling group with whom I was involved in Bristol). The image of ‘whale fall’ – when a whale dies and sinks to the bottom, creating a ‘feeding frenzy’ as its nutrients and body dissipate amongst the bottom-feeders of the abyss – is at the centre of the story.

But save that for later, until you’ve read today’s poem-story about – well, decide for yourself. Certainly, the idea stemmed from this feeling of intrusion (an Intrusion is the collective noun for cockroaches, by the way – about which there’s a poem-post here). What would it be like if there was something we were drawn to, but which hurt us? (Such things are plentiful, actually). And which kept filling our space until we couldn’t avoid it any more?  I think that was what my subconscious was getting at – how the whales must be with Sonar signals – but I really can’t speak on its behalf, or on whales’ behalf.

And, as someone quoted to me – and I don’t know who said it, or something like it, so this may be a misquote: “Structure the things that come to you”. So that’s what I’ve done. The chance to fuse the ever-more-pervasive app-culture and this news story in s lightly sci-fi way was too tempting . The intersection between nature and technology is of great interest to me: what is ‘natural’, what is ‘technological’, are they always and forever anathema?

The results, I admit, are…odd and perhaps unsettling. But imagine how the whales feel.

Can You Spare a Moment to Rate This Whale? or,

It was not even a noise, to begin with:

sound and sensation. Not quite

That was at around

with each it became

Your lowest vertebra would chime,

softly, sending the feeling through

the tissues joining the spine

to the ribs, oscillating up the neck and

you could not tell whether the object

you were looking at was itself shaking

or if the optic nerve was being played

as a myelin harp in your head.

By that point, on the large screens in cavernous

between rolling news, the image of a winning

Humpback would flash up, having supplanted

Then, the merchandise, mimicking

their allegiance to a species) with

on their foreheads, and fleecy-fins,

flopping down, at once

But as the number became ever larger,

words began to be missed, then sentences.

Records were broken and now

to find space on the screens

of flippers, flukes and spouts.

On one occasion, a dolphin was slipped in

to the slide-show – a test, perhaps – but

the tabloid headlines and message-boards

as the Atlantic once was.

At some point, the written reviews

the screen’s capabilities – and there were only

And then the first trip to A&E,

the first fatality. But still the stars,